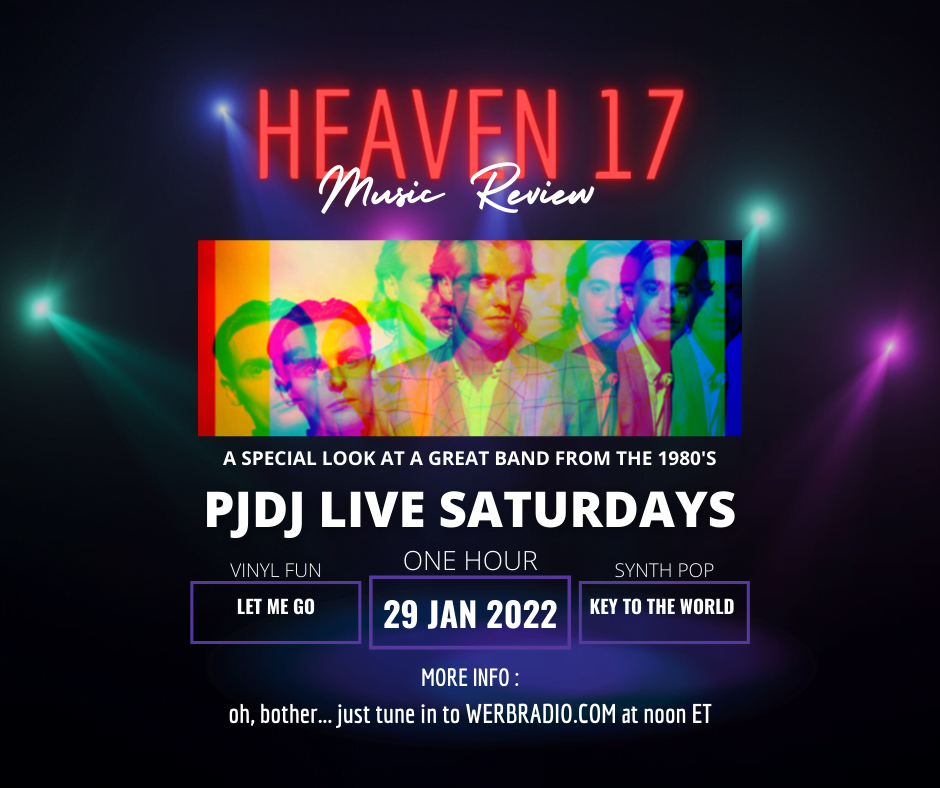 Back in Farmington Hills, Michigan when I was 16… it hit! That wave of synthpop both foreign and domestic. Led by, in our household on Alameda Avenue, this band from Sheffield, England, HEAVEN 17.

Heaven 17 is an English new wave and synth-pop band that formed in Sheffield in 1980. The band was a trio for most of their career, composed of Martyn Ware (keyboards) and Ian Craig Marsh (keyboards) (both previously of the Human League), and Glenn Gregory (vocals).

Taking their new name from a fictional pop band mentioned in Anthony Burgess’s dystopian novel, A Clockwork Orange (where The Heaven Seventeen are at number 4 in the charts with “Inside”), Heaven 17 was intended to be just one of the musical projects for British Electric Foundation.

In October 1982, Heaven 17 released their new single “Let Me Go”, which charted just outside the UK Top 40 (but reached the Irish Top 30). However, in 1983 the band’s fortunes changed. Their next single, “Temptation” (on which they were augmented by vocalist Carol Kenyon and a studio orchestra), reached number 2 on the UK Singles Chart in spring 1983 and became their biggest hit. The song was taken from their second album, The Luxury Gap, which featured further chart hits “Come Live with Me” (UK #5) and “Crushed by the Wheels of Industry” (UK #17). The album itself charted at number 4 on the UK Albums Chart, their highest ever position, and was certified platinum by the BPI in 1984.

You lucky radio stations – for finding LTNF you get this fabulous show on your air! Well done!

Thank you thank you stations we love!

DJ and radio personality PJ Ewing is the host of Lester the Nightfly.

Catching Up With Phish (E29)

We Will Always Love You: The Avalanches (E7)

Way back when my musical pen name was PJDJ. It has evolved and now I also play the roll of Lester the Nightfly.